Home / News / How to increase the service life of the screw of the injection molding machine? (2)

How to increase the service life of the screw of the injection molding machine? (2)

(1) Check the sundries in the plastic. Generally speaki […]

(1) Check the sundries in the plastic. Generally speaking, there is no debris in the first-time plastic purchased from the original, but after transportation, weighing, drying, and color mixing, especially when adding recycled materials, it may be mixed with debris. As small as metal shavings, as large as hot ring nut paper clips, and even a series of warehouse keys, there are precedents that once mixed into the barrel. This damage to the screw is indescribable (of course the barrel is also damaged), so , Must strictly manage and monitor the feeding.
(2) The moisture contained in the plastic has a certain effect on the wear of the screw surface. If the plastic does not remove all the water before injection molding, when the residual moisture enters the screw compression section, it will be transformed into "steam particles" with high temperature and high pressure that are melted and mixed in the molten plastic. From the homogenization section, the screw advances during the injection process. Up to the head of the screw, these "steam particles" are relieved and expanded during the injection process, like fine hard particles of impurities, which produce friction and damage to the wall surface. In addition, for certain types of plastics, under high temperature and pressure, moisture may become a catalyst that promotes the cracking of plastics, producing harmful impurities that can attack the metal surface. Therefore, the drying work before plastic injection not only has a direct relationship with the quality of the parts, but also affects the working life of the screw. As mentioned earlier, in order to extend the working life of the screw, flame hardening and nitriding are usually used. However, due to the widespread application of filled plastics and reinforced (glass fiber reinforced) plastics, plus the corrosiveness or strong abrasion of individual plastics, the life of these treated screws is still too short. In recent years, some new High-tech processing methods have greatly improved the situation. The brief introduction is as follows: Plasma transfer method is used to inject hard materials such as nickel and cobalt alloy into the plasma arc in powder form, and then be melted and coated on the surface of the screw, which becomes a kind of metal combination state. More solid. Substituting ion nitridation for gas nitriding causes the nitrogen to chemically interact with the metal on the screw, forming a thin but uniform, hard coating. Because the cost of ion nitriding treatment is relatively cheap, and its wear life is 2 to 3 times that of commonly used hardening tools, it is often used for smaller diameter screws. In addition, there are ion insertion treatment methods, the resulting screw has higher hardness and longer life. 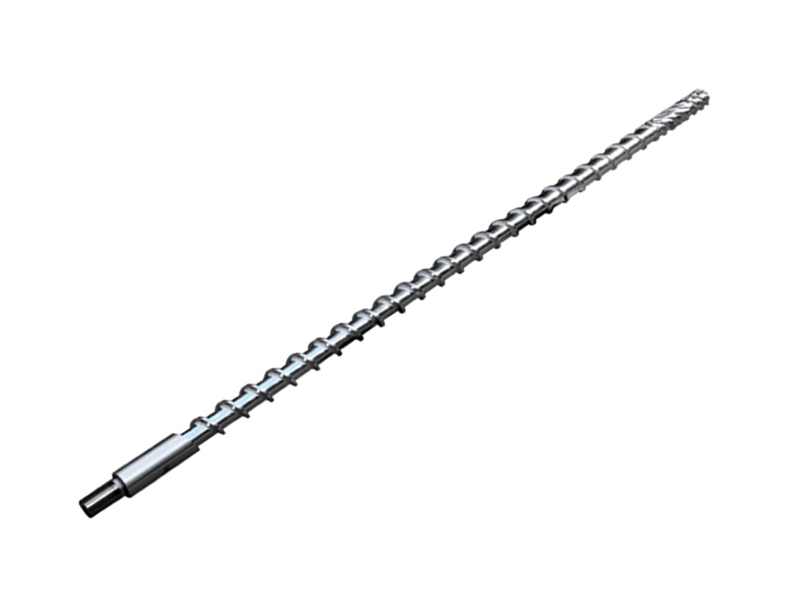