Home / News / How to reduce the screw wear of injection molding machine? (2)

How to reduce the screw wear of injection molding machine? (2)

1. The speed should be adjusted properly. Because some […]

1. The speed should be adjusted properly. Because some plastics are added with reinforcements, such as fiberglass, minerals or other fillers. The friction of these substances on metal materials is often much greater than that of molten plastics. In the injection of these plastics, if the high speed is used, the shear force on the plastic will be increased, and the reinforcement will produce correspondingly more shredded fibers. The shredded fibers contain sharp ends and cause wear. The force is greatly increased. When inorganic minerals glide on the metal surface at high speed, its scraping effect is not small. Therefore, the speed should not be adjusted too high.
2. To remove the sundries in the plastic. Generally speaking, the fresh plastic purchased from the original factory does not have any debris, but after transportation, weighing, drying, color mixing, especially adding recycled raw materials, it is possible to mix debris. It is as small as metal dust, as big as a heating ring nut paper clip, and even a series of warehouse keys, which have been mixed into the barrel. This damage to the screw is self-evident (the barrel will of course also be damaged at the same time) ), Therefore, a magnet holder must be installed to strictly manage and monitor the feeding.
3. The moisture contained in the plastic has a certain effect on the wear of the screw surface. If the plastic does not remove all the water before injection molding, when the remaining water enters the screw compression section, it will form high-temperature pressure "steam particles" that are melted and mixed in the molten plastic. From the chemical section to the head of the screw, these "steam particles" are relieved and expanded during the injection process, like fine hard particles of impurities, which produce friction and damage to the wall surface. 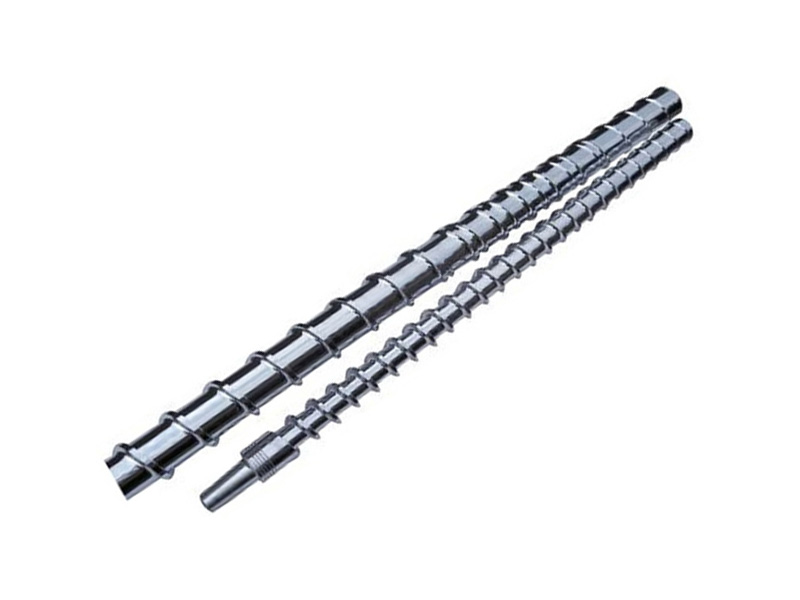