Home / News / What are the three precautions for twin screw extruders?

What are the three precautions for twin screw extruders?

1. Structural principles The basic mechanism of the ext […]

1. Structural principles
The basic mechanism of the extrusion process is a screw that rotates in the barrel, pushing the plastic forward. The spiral structure is a slope wound on the center layer, the purpose of which is to increase pressure to overcome greater resistance. As far as the extruder is concerned, there are three resistances that need to be overcome during the operation: first, friction, including the friction between the solid particles (feeding) and the barrel wall, and the first few revolutions of the screw (feeding zone) ) The mutual friction between the solid particles and the barrel wall; second, the adhesion of the melt on the cylinder wall; third, when the melt is pushed forward, the flow resistance inside the melt.

According to Newton's theorem, if an object is stationary in a certain direction, it will be in equilibrium in this direction. For a screw that moves in the circumferential direction, there is no axial movement, that is, the axial force on the screw is in a balanced state. Therefore, if the screw exerts a large forward thrust on the plastic melt, it will also exert a backward thrust on another object of the same size but in the same direction. Obviously, the thrust it exerts acts on the thrust bearing behind the inlet.

Most single screws are right-handed threads. If viewed from the back, they will rotate in the opposite direction and twist back out of the barrel through a rotating motion. In some twin-screw extruders, two screws rotate in opposite directions in two barrels and cross each other, so they must be one on the right and one on the left. For intermeshing twin screws, the rotation direction of the two screws is the same, so they must have the same direction. However, in either case, there are thrust bearings to withstand the reverse force, which still conforms to Newton's theorem.

2. Temperature principle
Extrudable plastics are thermoplastics, which melt when heated and solidify again when cooled. Therefore, heat is required during the extrusion process to ensure that the plastic can reach the melting temperature. So where does the heat of melting plastic come from? The weighbridge feed preheating and the barrel/mold heater may work and are very important at startup. In addition, the motor inputs energy, that is, the frictional heat generated in the barrel when the motor overcomes the resistance of the viscous melt to rotate the screw. An important heat source for plastics, except of course for small systems, low-speed screws, high melt temperature plastics and extrusion coating applications.

In operation, it is important to realize that the barrel heater is not the main heat source, and its effect on extrusion may be smaller than we expected. The temperature of the rear cylinder is more important because it affects the speed of the solids in the toothing or feed. Generally speaking, in addition to being used for a specific purpose (such as glazing, fluid distribution or pressure control), the temperature of the die and mold should reach or be close to the temperature required by the melt.

3. Deceleration principle
In most extruders, the screw speed is changed by adjusting the speed of the motor. The motor usually rotates at a full speed of about 1750 rpm, which is too fast for the extruder screw. If it is rotated at such a fast speed, excessive frictional heat will be generated, and due to the short residence time of the plastic, a uniform and well-stirred melt will not be prepared. The typical reduction ratio should be between 10:1 and 20:1. In the first stage, a gear or pulley block can be used, but in the second stage, it is recommended to use a gear and position the screw in the center of the latter large gear.

For some slow-running machines (such as UPVC twin-screw), there may be three deceleration stages, and the maximum speed may be as low as 30rpm or lower (a ratio of 60:1). On the other hand, some long twin screws used for mixing can be operated at 600 rpm or higher, and therefore require very low deceleration rates and deeper cooling.

If the deceleration rate does not match the job, too much energy will be wasted. At this time, it may be necessary to add a pulley block between the motor and the deceleration phase to change a large speed, which will increase the screw speed, or even exceed the previous or reduce a large speed. This can increase the available energy, reduce the current value, and avoid motor failure. In both cases, the output may increase due to the material and its cooling requirements.
www.cjscrewbarrel.com 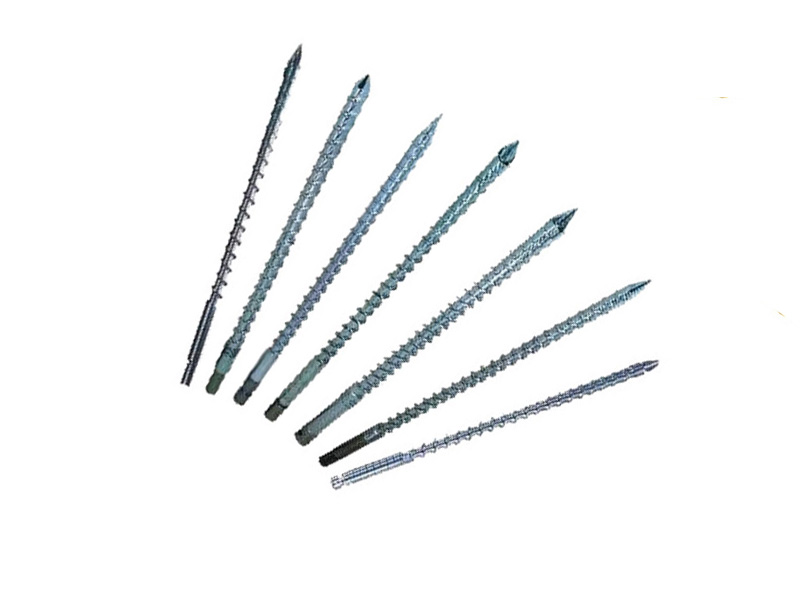